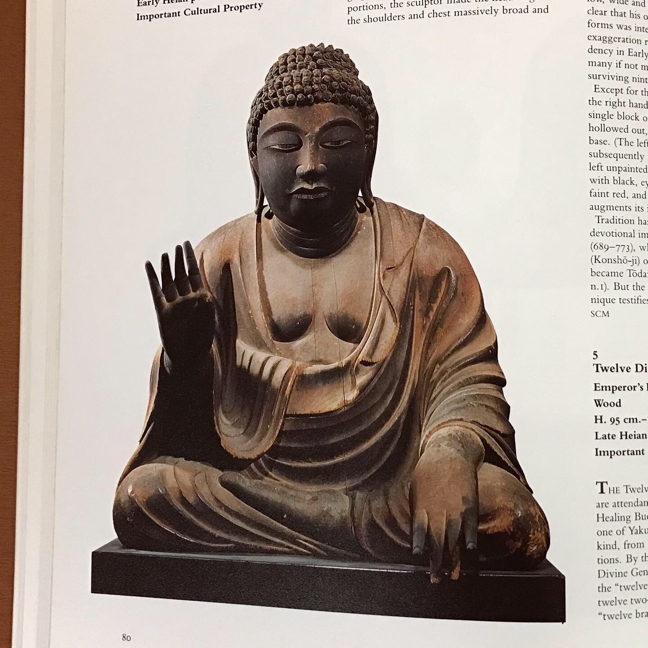 Continuing with the Buddha images theme, this is another image that I expected to be huge but was surprised when I saw it in person. One of the ways that I really got into Buddhism was through art, whether in my discovery of one of my father’s books on Japanese art, a set of postcards I discovered at the end of a semester abroad in Japan during college, or art books I would find in used bookstores. I forget where I picked up the catalog book The Great Eastern Temple but I remember being struck by the image of Maitreya Buddha – it looked so huge and imposing. Imagine my surprise when I went to Nara and saw the image in person – it’s only a little over 3 feet tall! Of course, if I had carefully read the description I would have seen that it was only 39 cm, but the metric thing probably didn’t help.

I found the Japanese book at a used bookstore called “Book Off” – picked it up for 105 yen – that’s basically $1!

I was pleasantly surprised to see that it was related to the English book that I had – they both appear to be related to exhibits, the Japanese one in 1980 at the Nara National Museum (which I believe is where I saw the image, though many years later), the American one in 1986 at the Art Institute of Chicago. They feature many of the same images, and yet the presentation varies slightly. 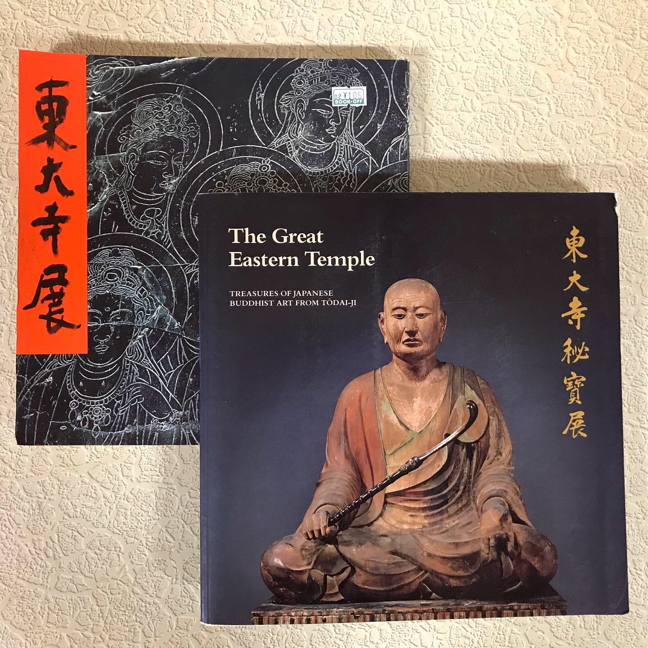 For instance, the Japanese book also has a picture of the Maitreya image from an alternate angle:

I was fortunate too that both books came with documentation of the exhibits.

I might also point out the interesting identification of the image with Maitreya Buddha as opposed to Maitreya Bodhisattva. Usually Maitreya is considered a bodhisattva who will eventually attain Buddhahood in our world, but he is sometimes referred to as Buddha. This may be partly due to the understanding of Maitreya as having achieved the highest Bodhisattva stage, with the next stage being supreme enlightenment and perfect Buddhahood. A high level Bodhisattva such as this is basically a Buddha. Also, Maitreya is living his last life now in the Tushita Heaven, so when that life ends he will become the next Buddha of our Saha world. In a letter to a follower, Shinran Shonin mentions this:

…The Larger Sutra speaks of “[the stage] next [to enlightenment], like Maitreya.” Since Maitreya is already close to Buddhohood, it is the custom in various schools to speak of him as Maitreya Buddha. (Collected Works of Shinran, 528)

Even though Jodo Shinshu stresses exclusive reliance on Amida Buddha, it is still interesting and enriching to study and enjoy other forms of Buddhism – there may be connections that we haven’t expected or foreseen. There may even be no connection, but it is also important to respectfully engage traditions other than one’s own. And actually, art may be one of the best ways to do this!